Waiting on Wednesday: The Fearless by Emma Pass

The Fearless by Emma Pass 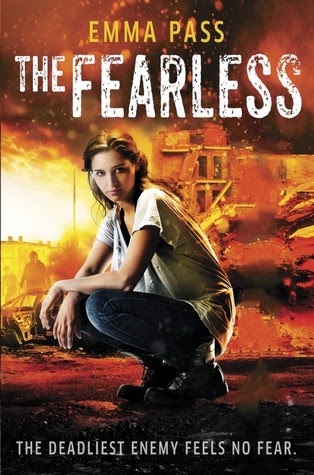 The Deadliest Enemy feels no fear.

When the Fearless invaded, they injected everyone in their path with the same serum that stripped them of humanity.

Cass has the invasion seared in her memory. Seven years later, she and her brother, Jori, are living on Hope Island in a community of survivors. No one can enter, and no one can leave.

It's the only way to stay safe.

But when Hope Island's security is breeched and Jori is taken by the Fearless, Cass will risk everything to get him back.

For fans of The Hunger Games, Matched, Divergent, and The Fifth Wave, this fast-paced futuristic thriller tells the story of seventeen-year-old Cass and her fight to protect her younger brother from an unimaginably terrifying enemy.

Ok, this sounds pretty much like a combination of a bunch of other YA dystopian books, but from what I'm hearing, The Fearless is dark, unpredictable, exciting and well written. This is also supposed to be a different kind of take on the "zombie apocalypse". I still love a good dystopian book, so I'm looking forward to this addition to the genre. Apparently, it was available on NetGalley but somehow I missed it, so I am stuck waiting. Oh, well, April isn't too far away.

On April 25th, Acid by Emma Pass will be available in paperback (it's currently available in hardcover). It's not related to this The Fearless, but I thought I'd pass on the info.

Posted by michellesminions at 9:40 PM