Well, it's the end of the year, and by the time it's over I will have read at least 80 books in 2014. It sounds like a lot, but I still think I should have read more. I obviously didn't read all the books that were released this year. I wish I could have read 100 because I know I missed a bunch that I really wanted to read, but of the 80 that I did read, there were twelve that stood out above and beyond the rest. I know, this is supposed to be "Top TEN Best Books I Read In 2014", but I made my list and it ended up with twelve books on it. I tried to cut two, but I felt that there was no way I could remove any of these books from the list. These books made me laugh, cry, cheer and think. I was having trouble deciding on what order to put them in, so I figured that I'd list them by release date since I'm not a fan of ranking anything. These are the best books I read this year and they all deserve to be on this list. I see no need to give any of them more or less worth. They have all become precious pieces of me. 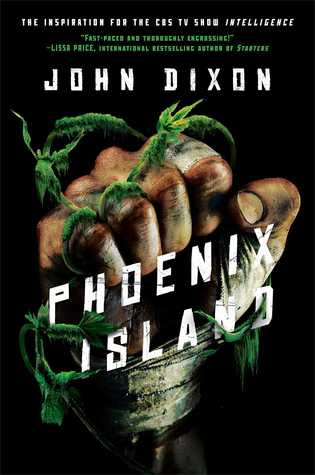 This was the first book to blow me away in 2014. Phoenix Island has a lord of the flies vibe to it. It's about a young delinquent named Carl, who after getting in trouble with the law again, is given one last chance by a judge. He's sent to a remote boot camp where they try to break him, but he's tougher than anyone they've ever seen. Carl is a former boxing champion and he won't be pushed around. Some of the others are not so lucky. Not everyone can handle it. When Carl is singled out for being special, it's not just the drill sergeants and their brutal punishments he has to fear. Nobody can be trusted and not everyone survives on Phoenix Island. Fans of The Hunger Games, The Maze Runner, Lord of the Flies, boxing, millitary drama and exciting suspense in general will love this book. Aside from all the action and plot, it is also very character driven. It's pretty violent but it is still very emotionally compelling. Non-YA readers will definitely enjoy it as well. It was recently released in paperback and the sequel, Devil's Pocket will be released in August, 2015. 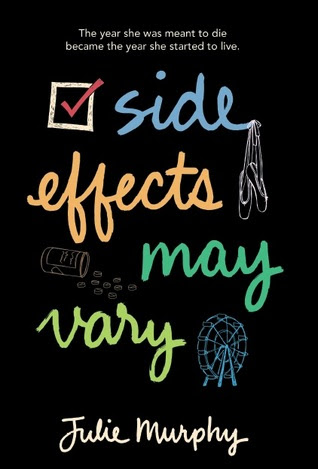 This book is about a girl who is diagnosed with terminal cancer... but it's not really a "cancer book". You see, her cancer goes into remission and she has to figure out how to live again.  When she thought she was going to die, she completed a bucket list with the help of her childhood friend (a guy who's always had a crush on her). Some things on her bucket list were sweet and harmless, but others, not so much. She used the bucket list and her impending demise as an excuse to get revenge on some people. Now that she's going to be around for a while, she has to deal with the consequences of the things she's done. Fans of John Green, Sarah Dessen and Lauren Oliver should take note of this one (if you haven't already).

I absolutely love this series and this was a fantastic finale to America and Maxon's story. So many people loved it that Kiera Cass is continuing the series! I can't wait to read The Heir in 2015! 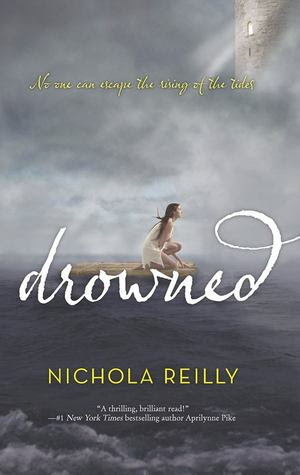 This was a wonderfully unique, post-apocalyptic fantasy about a world almost completely submurged under water. There aren't many survivors left, and the numbers are dwindling even further. A brilliant story of a slightly terrifying future, gorgeous writing and a bit of romance await in Drowned. I read it months ago and I still think about it. If you want to know more about it, click HERE for my review. Unfortunately, Harlequin Teen is under new management and they had to cut some titles in 2015 and the sequel to Drowned, Buried, was one of them. The good news is, Nichola Reilly (aka Cyn Balog) has promised to do everything she can to make sure that Buried is released. She has also written a full-length prequel and will be finished writing a fourth book by next year. I can't wait to read them all! 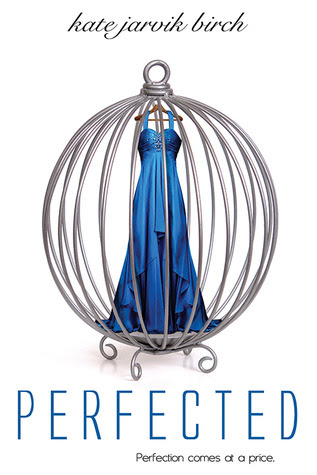 What a wonderful book! In it, you'll find romance, genetic engineering, ethics, human rights, drama and a scary, not-so-distant possible future. I loved this book. If you want to know more about it, check out my review HERE. I really need to find out what happens next, it ends on quite a cliffhanger! If you liked Lauren DeStefano's Chemical Garden series or Aimee Carter's Blackcoat Rebellion series, definitely check out Perfected. 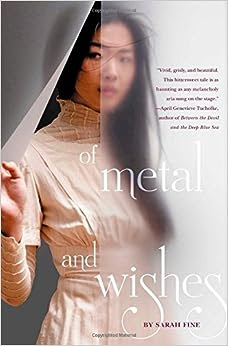 I just read this last week and I was blown away by it! It's a retelling of Phantom of the Opera (which I love) and it was absolutely stunning. It's one of the last books I read in 2014 and I think it may be the BEST one of the year. I loved it SO MUCH. Click HERE to see the review I posted a few days ago. 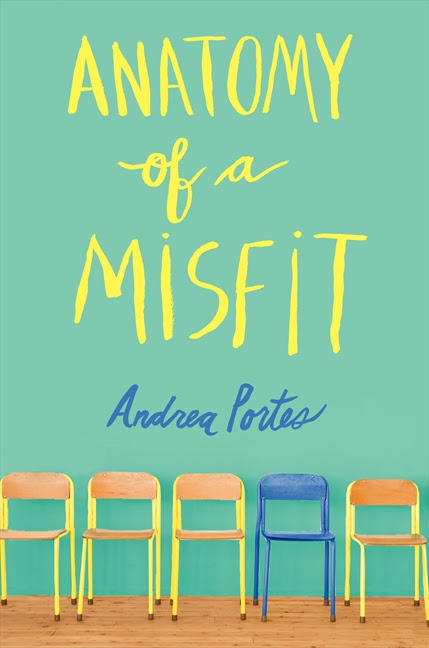 This book made me laugh my face off and then it destroyed me. I ugly cried buckets of tears. It was phenomenal. Heathers (or Mean Girls) meets The Perks of Being a Wallflower is a good way to describe it. It's set in the 80s but it isn't about the time period, it's about the characters and the events that unfold, which sadly, are based on something that really happened. My full review is right HERE. 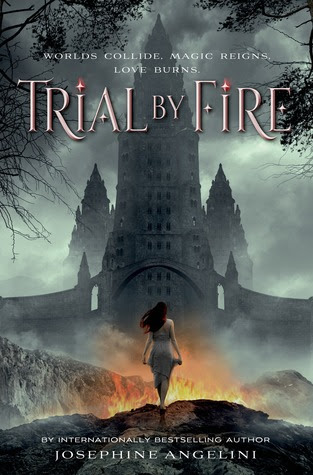 Salem witches, alternate worlds, a strong female protagonist, action, science, adventure, romance...this book has it all! For my review, you know the drill. Click HERE. 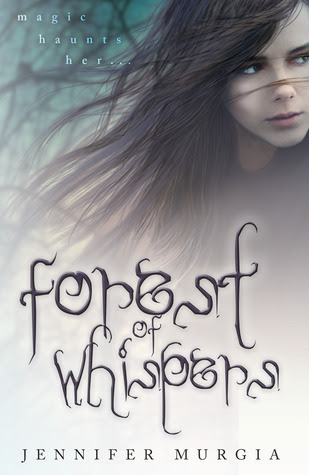 I adored this historical fantasy about Bavarian witches. The story is wonderful and the setting is gorgeous, but it's Jennifer Murgia's beautiful writing that makes this book shine like a million suns. Want to know more about it? Well, click HERE for my review. 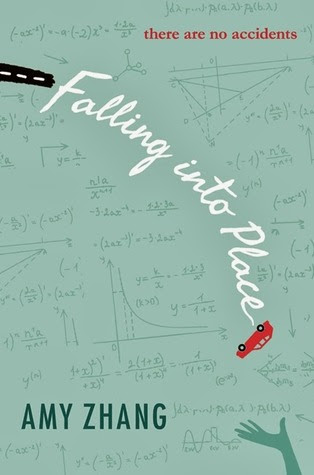 I am incredibly impressed and deeply humbled by the amazing talent of Amy Zhang. I can't wait to read everything else she ever writes. This book knocked my figurative socks off. HERE is my review. 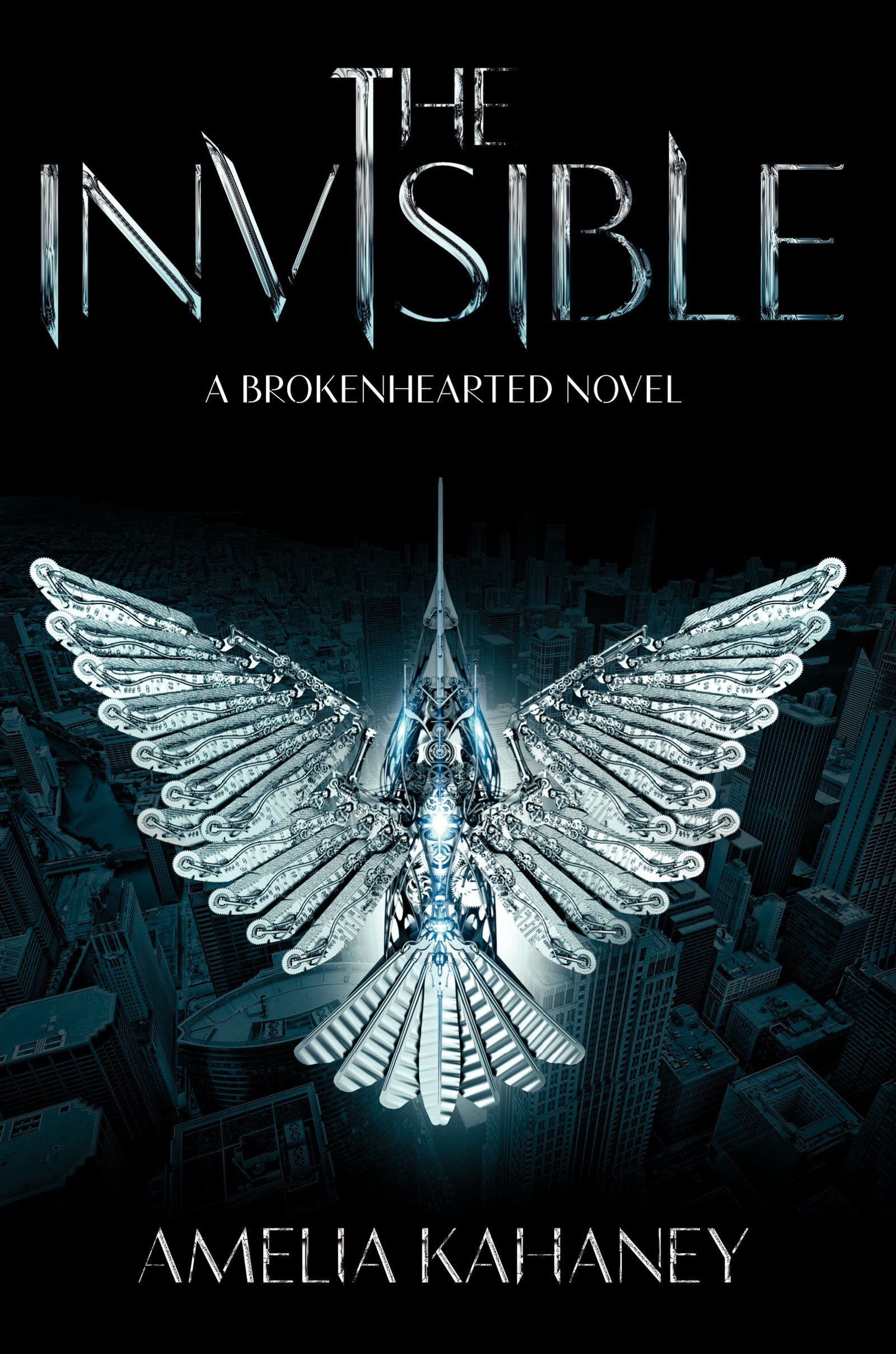 I love this series. This second installment was just plain awesome. It has action, danger, romance, plot twists and lots of butt kicking. If you like superhero origin stories or shows like Arrow, The Flash or Smallville, you need to read these books. I reviewed both The Invisible and The Brokenhearted (book #1) a few weeks ago. Click HERE to read more about them.

This list wouldn't be complete without this book. It's a brilliant tale about friendship, fear and feminism. When I finished reading Glory O'Brien's History of the Future, I closed the book and burst into cathartic tears. I needed this book. I actually needed it a long time ago, but better late than never. I will have a review posted VERY SOON and there will be a rafflecopter giveaway along with it. I saw A.S. King on Saturday and she signed a copy of Glory O'Brien and a copy of Please Ignore Vera Dietz for the giveaway.


Posted by michellesminions at 12:24 AM